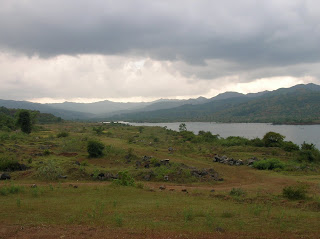 We decided to drive up to Serene Ecovillage and check out what they are building there!

We saw a video on Youtube which was a great introduction to the goal and the mission of the village. The village was founded by medical doctor who decided to leave his practice, in order to return to the wild country landscape and create a sustainable form of living off of the land.

(check out the video on youtube, called: Jumping from the Urban Train)

For nine years the ex-doctor and his family have been rejuvenating the landscape in the hopes that it will soon become an excellent model of sustainability and influence the creation of many more eco-villages throughout India.

When we got to the site we were greeted by Dipika, Dr. Chordia's daughter. She was carrying some plants (special plants that when dried, are perfect for using as brooms!) up the mountain. We parked outside of their house, and waited for Dr. Chordia to greet us. 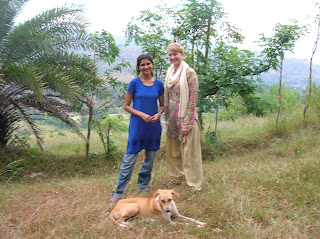 On our left were hundreds of trees growing in buckets! I asked Dipika what the plans were to plant all of the trees! She told me that it greatly increased their survival rate, if the trees started out in pots, otherwise if the trees were planted in the ground before they were sturdy enough, animals would forage on them, or other unknown factors would wipe them out before they had a chance. 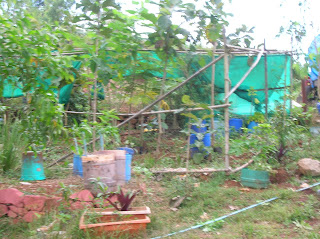 To my right, in front of the home there was a tree nursery alongside some solar panels! 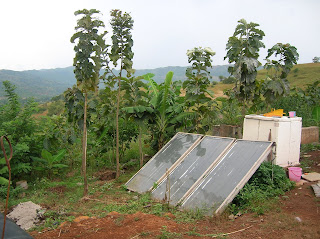 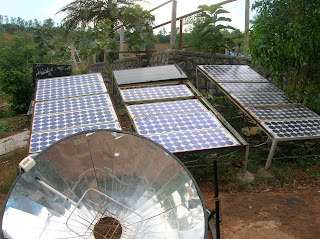 The Doctor came and greeted us, and Dipika hiked us up the mountain and told us of some of the happenings of the village. 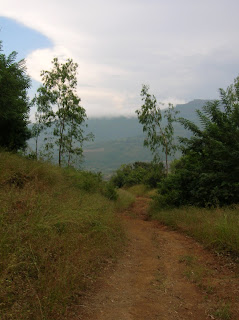 So far, there were only a few families living on the property. There are still some kinks on the land that need to be worked out in order for it to support more people. They started planting trees on the mountain side 9 years ago! But the growth of trees is no fast process, a tree to reach maturity can take 20 plus years! It isn't the case for every tree or every environment, but just to paint an idea of the process involved.

They planted an array of trees to maintain the diversity on the mountainside. She showed us a couple of ponds they had tried to create, but neither seemed to be too successful yet.

The first pond was created by digging a big hole and filling it with cement. Dipika said that the power of the rains filling that pond was too powerful as there was no absorbance of the water into the land once it hit the cement. So it caused some destructive overflows from the pond downhill. The second pond they dug, they dug it closer to the house and not so high on the mountain. But the absorbance in the new location was too much, it held hardly any water! They had put some sort of chemical in with the bottom of the pond, which is supposed to create some sort of cement over time.

But as of now the effect of it was minimal.

She told us how the mountainside was completely degraded when they first arrived, all it supported was rock! No topsoil! They had to hawl soil from the bottom of the mountain to the top! They also have been dealing with the nearby villagers who burn parts of the mountainside each year, because they feel it is the best for the health of the system. But in that process, no trees have any chance of survival! 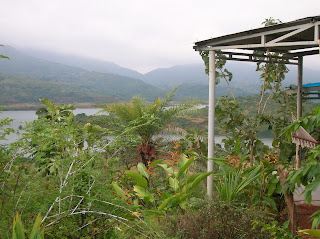 She spoke of their dream of having land where people can just walk through and pick as much food as they would like. Full of life, and full of abundance!

She showed us their compost toilet.

They had diverted their blackwater into a 10 by 10 area of their backyard. She said the hole was about 20 feet deep, and they filled it with hay to keep the moisture levels and smells at bay. Eventually they planted on top of the pit, different plants that are great at absorbing the excess nitrogen. 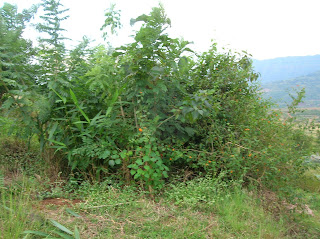 There was absolutely no smell, no mess, nothing that would indicate that it was a compost toilet!

They do about 50 experiments with plants and materials every month! The latest experiment were pots to grow plants in, with small pipes protruding from the top. I didn't quite understand the explanation but basically it was a self watering system. Where the plant takes exactly what it needs from a water source and all the excess isn't taken from the water system. 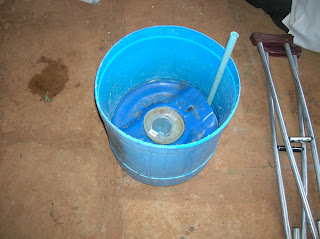 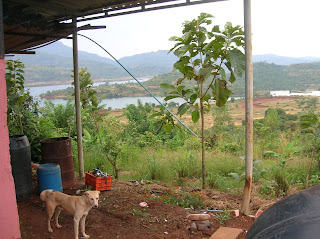 After the tour they invited us in for tea, as I peered into the house, the first thing I noticed was a bird chilling on their counter top!!! How awesome! These people are so integrated into their environment, their home is also a home for the birds! They noticed my amazement at the bird in the home, and they told me that there was a whole family of birds living inside!! (sparrows or finches.. I don't know my birds but they were cute! And were flying around the living room and the kitchen the whole while we had our tea!)

They also had these bags of water hanging around their house. They told us that they were used to keep flies away. The flies see their distorted reflection in the bag and think that it is a bigger fly than them, which triggers their flight reaction to reach safety! I didn't see one fly in their home! 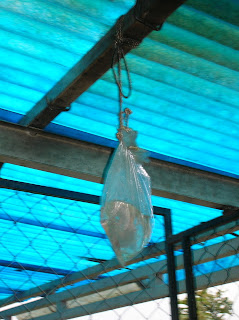 The drive home was BEAUTIFUL! We saw the sunset over the mountaintops. I tried to take some pictures but, nothing can compare to real life. 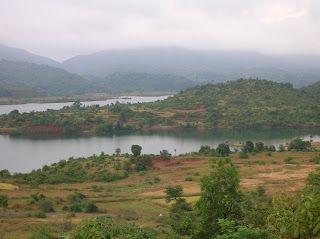 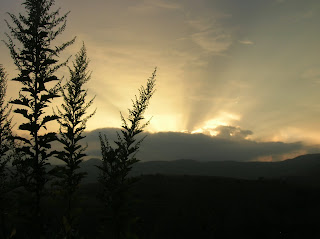